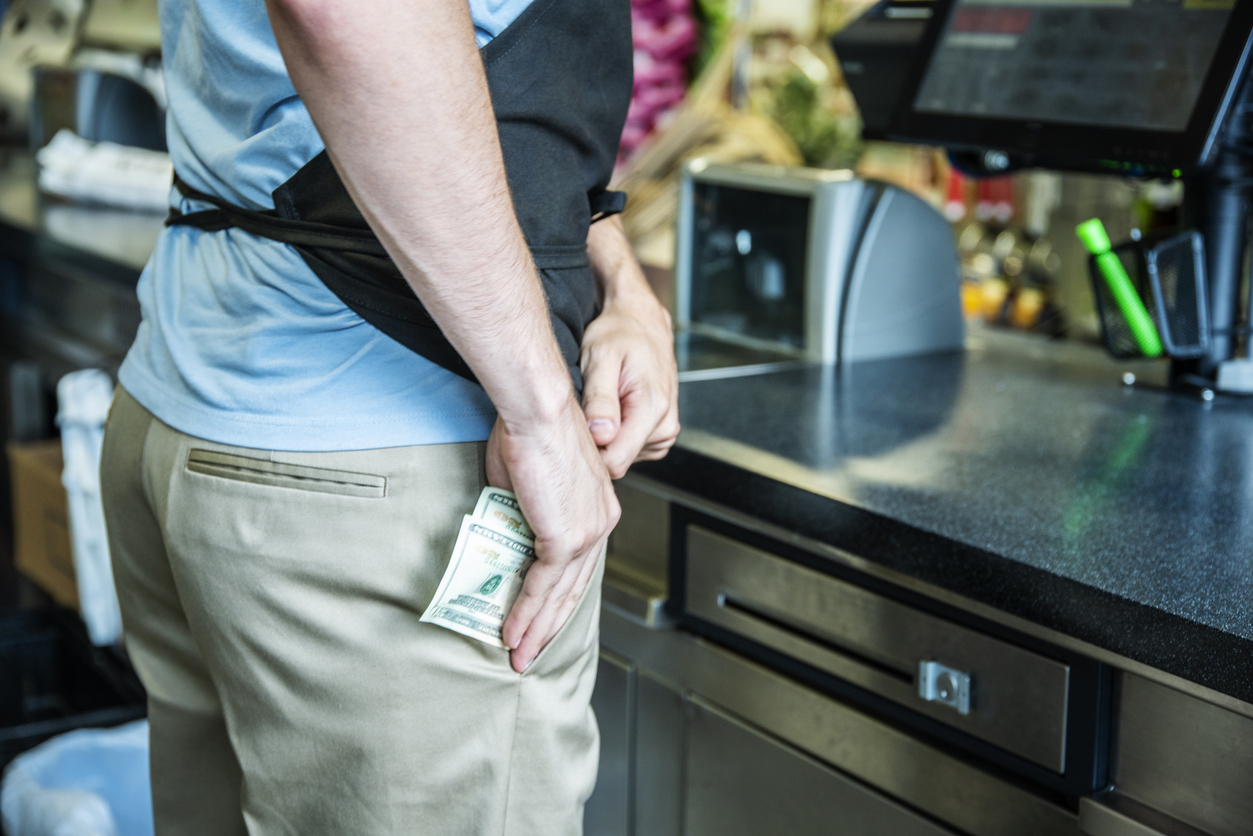 A typical organization will lose an estimated 5% of its revenues every year due to fraud, according to a study by the Association of Certified Fraud Examiners.

The median loss among organizations both large and small was $140,000 per occurrence, and more than 20% of embezzlement losses were more than $1 million, the association found.

With those staggering numbers in mind, if you have not already done so, you need to take steps to reduce the possibility of employee theft – and also make sure you are adequately covered if they do steal from you.

Small organizations are especially susceptible to losses from employee embezzlement. These problems are often seen in cash-heavy businesses, or those with large inventories, but employee embezzlement is most frequently experienced in organizations lacking owner oversight of financial processes, usually due to placing far too much trust in employees and having no internal controls.

The new study by the fraud examiners association was released as another study, this one by professional security firm Marquet International, found that arrests and indictments for embezzlements had reached a five-year high in 2012.

Embezzlers are most likely to be a company bookkeeper, accountant or treasurer, who is female, in her 40s, and without a criminal record. The reason it’s more often than not a woman is that they are typically in the three aforementioned jobs.

How do they do it?

Marquet International in its study found that the most common ways of embezzling are:

Liability insurer Camico suggests that educating employees on the detrimental effects of employee fraud on the organization can reduce the likelihood of embezzlement.

Also, if you implement a regular review of bank and credit card statements, you’ll have a better chance of catching a thief. Company owners should look at the cleared transactions to determine the legitimacy of payees, including examining actual cancelled checks.

Also, it’s easy for transactions to be changed in the accounting system after the fact. An ill-intentioned bookkeeper could use this tactic to cover up their tracks. If you feel you do not have the time or expertise to oversee you finance department, you should contract with a qualified CPA to perform these checks and balances.

There are also inexpensive physical barriers that should be used to deter criminal activity. To protect cash, you can buy a $200 drop-slot safe to securely keep the night’s deposit until it is taken to the bank.

Similarly, security cameras deter misbehavior and can be the source of valuable evidence in case an incident occurs.

Finally, you should consider taking out a crime insurance policy.

Most business insurance policies either exclude or provide only nominal amounts of coverage for loss of money and securities as well as employee-dishonesty exposures.

Call us to discuss whether a crime policy is right for your company.